By the time the citadel was near night fall had snuck up on us.  Puss in Boots was in the middle of discussing whom to trust and the insurance and outs of the citadel when we were interruoted.  “PUSS!!! You ferocious feline… get you furry but over here and come help a doctor in need. I promise this time it isn’t blood suckers I am aftet.”  The silluette of heavily armed man grew closer and the light began to light his face.  Dr. Van Helsing! “Reports of a monster roaming the city at night has called my attention and I could use the extra help. We better hurry as it is about to rain.” 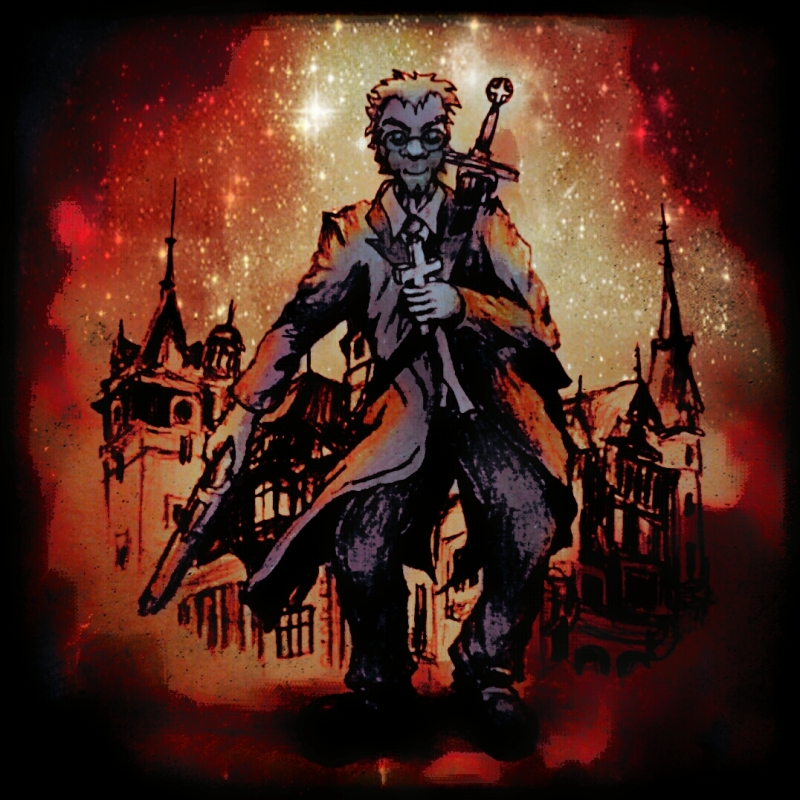 Dr. Abraham Van Helsing originally came to the public eye as the main protagonist in the 1897 Bram Stoker’s novel Dracula.  While the Dracula lore is older and based in the stories surrounding a real person the character of Van Helsing is an utter mystery.  There are countless researches that have uncovered clues that point to someone whom might actually existed while others say it is Stoker’s idealized self.  What we do know is the evidence points to there being many other adventures the Doctor had that made Dracula simply just one of the many.  So who were the other monsters?… see you on the next page….