The monstrous duo of a man was an adversary we dare not take on alone.  For this it would be wise for us to call on help for.  Little did we know, the citadel’s protectors were already on our way.  Not a moment later in our standing of fear did a glint of 3 swords rest our hearts at ease.  It was the 3 musketeers here to aprehend the foe! 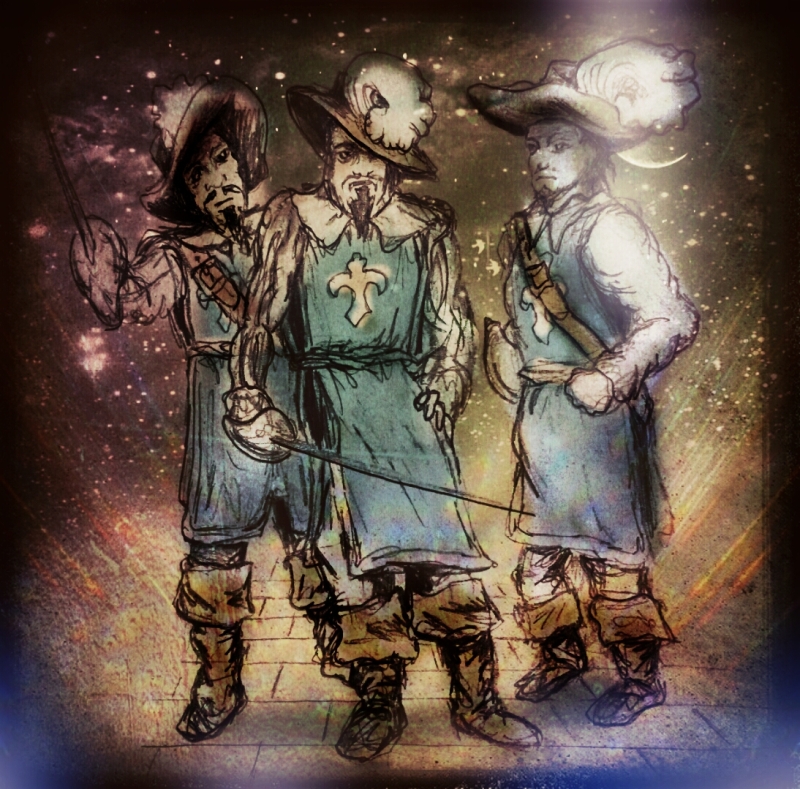 The 3 Musketeers ( Les Trois Mousquetaires) was originally a serialization that was first pushed during the months of March through July of 1844 in Fance.  It is important to recognize the work was actually a strong political piece that was harshly criticizing the old regime of France in favor of new order.  During the time of this debate there was heavy fere foghting over the new direction and whether it should be a monarchy or a republic.  The violent argument grew to the revolution of 1848 resulting in the Second Republic. The author, Alexandre Dumas ,had strong personally feelings towards this outcome as his father was a well known general in the French Republican Army.  It makes a thrilling read for sure to see the passionate writing and the good fight against social injustices and atrocities. Keep fighting for good yourselves adventurers and we shall see you on the next page….